The premiere charter bus rental company in Winnipeg, servicing not only Winnipeg city but the entire state of Manitoba. 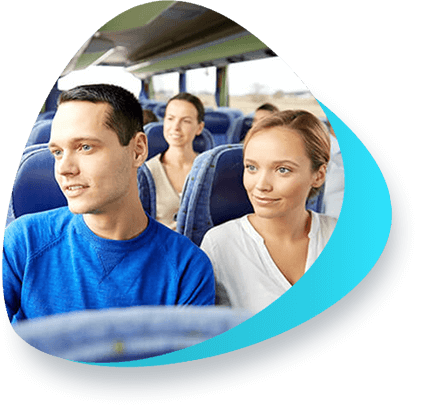 Canada is a massive country with a diverse collection of languages, peoples, and landscapes. If you're looking to make a visit, consider reaching out to GOGO Charters. Their service offers interested travelers with a variety of options. Whether you want to hit the group with a 56 seat passenger bus or take out some family and friends to in a 14 passenger party bus, GOGO Charters has you covered. With a multitude of seating arrangements available (14, 20, 56, etc.), they are sure to have a fit that works for you. Why go through the hassle of arranging transportation and charting out logistics when GOGO charter bus company can take care of the job for you? Make a call today, and start enjoying your journeys in the fullest.

Gateway to the West

Winnipeg is the capital of Manitoba province, and stands out as its single largest city. Named after Lake Winnipeg, one of the nation's most massive freshwater lakes, the city has a long history that goes back to the native aboriginal peoples who settled the area and used it as a trading center. The population numbers at around 663,000 people. Also known as the "Gateway to the West," the city stands as a transportation nexus with a wide variety of economic opportunities. The area is surrounded by trees, rivers, prairies, and other rich landscapes. In the past decade, over a billion dollars have been invested in the city's downtown revitalization efforts.

Named after the who are a first nation group originally from the Great Plains of North America, Assiniboine Park features a large forest, a conservatory, the Assinboine Park Zoo, and other highlights. The Assiniboine Park Zoo, which has been accredited by the Canadian Association of Zoos and Aquariums, has an array of exhibits for curious visitors to explore. The Journey to Churchill shows the habitats of Manitoba and features polar bears. Toucan Ridge, the Polar Playground, the Shirley Richardson Butterfly Garden, the Australian Walkabout, the Farm Yard Barn, and McFeetors Heavy Horse Centre. In addition to the exhibits on display, the zoo offers fun activities! There are sleepovers at the zoo, programs for kids and adults, and the Zoo Camp. At the Zoo Camp, students get the opportunity to participate in snow painting, constructing ice sculptures, learning about photography, and much more.

The Winnipeg Jets, the city's local National Hockey League (NHL) franchise, plays its games at the MTS Centre. Home games are a regular attraction in the city, and tickets can be purchased directly from the team's website. The name is based on a previous WHA franchise from the city, and this iteration of the team first debuted in 2011. Their brief recent history is marked by an exciting playoff appearance in the 2014-2015 season. Additionally, it is worth noting that the MTS Centre also plays host to other sporting events such as UFC, Olympic trials, volleyball, and much more.

The city's largest museum puts human and natural heritage at the forefront. Key highlights include various museum galleries, a planetarium, and a science gallery. Manitoba Museum hosts over 2.6 million different specimens and artifacts. Museum galleries highlight landscapes, nature, archaeology, cultural history, and much more. The Families can take a look at exhibits that are catered to kids, like the Dino Dig Discovery Room. Through hands-on activities and a dig area, young people can search for fossils, learn about dinosaur eating habits, and watch videos about the reconstruction of remarkable fossil collections.

One of Winnipeg's most interesting highlights is a recreational, environmental, and educational center known as FortWhyte Alive. The center features hundreds of acres of prairie, forest, wetlands, and lakes. Check out the bison prairie, which features 30 bison and information on how the bison shaped the lives of communities living in the area. Those with a love for outdoor activities can take advantage of the various activities available on site. Feel free to rent out canoes, rowboats, fishing equipment, cruiser bikes, buggies, binoculars, walking poles, snowshoes, and more. Those who are willing to sign up to become members will benefit the center's efforts and will receive significant discounts on rental prices. Throughout the year, visitors can follow nature guides on walks, participate in bird watching, bike along miles of forest trails, and participate in EcoTours. In the summer, it the water in kayaks, go fishing, or go for a hike. Winter activities include skating, ice fishing, nordic walking, x-country skiing, toboggan rides, and even horse drawn sleigh rides! A calendar of events keeps visitors posted on the latest special initiatives at

At the intersection of the Red and Assiniboine Rivers, the presents thousands of years of history to visitors by way of exhibits, art displays, a garden, walking trails, and more. It's open daily throughout the year. Dozens of attractions include The Forks Market, the Urban Garden, and the Wall Through Time. One can take in the rich cultural diversity that is a hallmark of Manitoba and Canada as a whole. In the year 1974, the site was marked as a National Historic Site of Canada. The Prairie Garden has thousands of species of plants. Skaters can run through the Plaza Skatepark, which is the largest urban bowl complex in Canada.